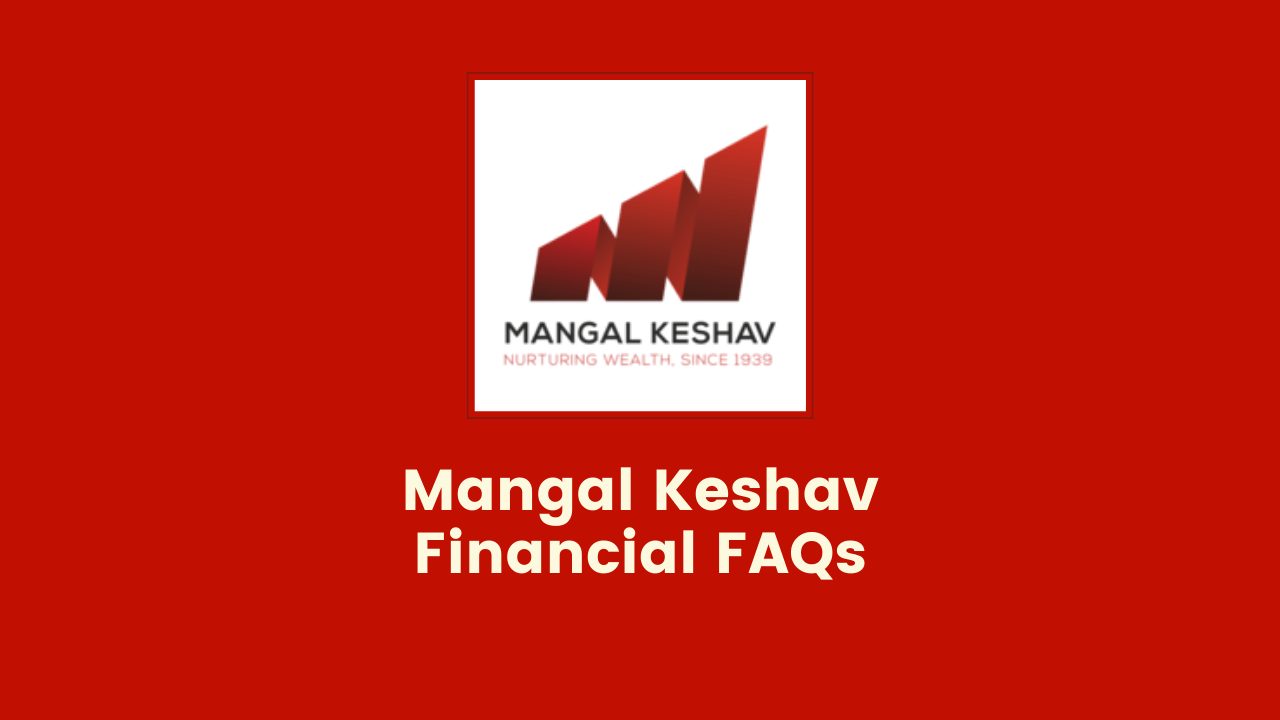 Mangal Keshav is at the forefront of India’s Financial Service provision, having been in operation since 1939. They offer their expertise in various fields within the financial sector including brokerage, institutional trading, insurance, mutual fund management, portfolio management, among others.

Let’s jump right in and take a closer look at one of the most experienced and respected institutions on the country’s financial landscape.

Ans. This organization has a sizable footprint across India, with over 325 branches located across 80 territories. Their client base numbers in excess of 70,000, with continued growth prospects for the future.

Ans. Mangal Keshav Securities is fully recognized and registered with the BSE, NCDEX, MCX, and the NSE. It is also a Depository Participant with the NSDL as well as the CDSL as it participates in the provision of end-to-end service provider for its customers.

Q4. What are some of the milestones in Mangal Keshav’s history?

Ans. The history of Mangal Keshav Securities in India is a long and illustrious one. After its inception in 1939, it grew to become listed at the Bombay Stock Exchange in 1995. In 2000, they were made members of the Central Depository Services Ltd, then went on to become National Securities Depository Ltd members. In 2007, the Bank of Muscat came in as a strategic investor.

Q5. What services do they offer?

Ans. Aside from the more traditional financial services we mentioned such as insurance, institutional trading, and the like, Mangal Keshav states that they see the future of the financial industry leaning more and more towards such areas as organized wealth management, mutual funds, derivatives, and commodities trade. They see these as being the likely growth drivers in the financial mediation realm.

Q6. What types of insurance coverage does the group offer its clients?

Ans. Mangal Keshav has established various types of insurance cover schedules that are designed to protect subscribers from the financial ramifications of various circumstances. These products include motor, travel, marine, fire, liability, professional indemnity, and health (including group health) insurance.

Ans. Yes. Mangal Keshav is qualified and licensed to handle the process of offering a company’s stock to the public for the first time. They will prepare all the necessary documentation and projections required to raise as much investment capital as possible for the client.

Q8. What type of brokerage trading does Mangal Keshav carry out?

Q9. Does the organization offer terminal or web-based trading support?

Ans. Yes. Mangal Keshav has developed software applications that allow its clients and subscribers to transact their trading activities wherever they may be. These include Mangaltrader-Diet, Mangaltrader-Lite, and the Mangal Web-Base Trading Platform which are widely available.

Q10. What benefits does one get from using the company’s trading software?

Ans. The applications and programs developed by the group to facilitate the mobile trading of its clients are supported on various platforms including Windows Desktop, Android Tablet, Android Mobile, as well as all web trading platforms.

Q12. Does one need a bank account to register with Mangal Keshav?

Ans. Yes. It’s necessary for you to have an account with partner institutions such as HDFC, ICICI, and Axis bank as Mangal Keshav is a non-banking financial institution.

Q13. How much does Mangal Keshav charge for their brokerage services?

Ans. The group states that their charges are very competitive for the Indian market, but ask that any queries relating to the exact amounts be asked personally. In effect, their charges seem to be on a case-by-case basis as per the situation. To find out more, calling, emailing, or paying them a visit might be more helpful.

Q14. How much does the group charge for opening an account?

Ans. The organization has an established research team whose function is to provide recommendations and tips to its clients regarding the financial environment and the opportunities it presents. They state that they have insight into more than 60 stocks cutting across multiple separate sectors. Aside from the normal stock order modes, Mangal Keshav allows its clients to place After Market Orders and Stop Loss Orders.

Ans. Yes. Mangal Keshav has provisions allowing for Indians that do not reside within the country’s borders to participate in the brokerage and securities industry here.

Q17. What separates Mangal Keshav from its competitors?

Ans. As an organization, Mangal Keshav claims that their organization is committed to conducting themselves ethically and professionally, taking a holistic approach to its efforts on behalf of their clients. They state that the establishment of seamless processes within the financial system will determine the difference between successful financial initiatives and those that do not deliver.

Ans. The offices of Mangal Keshav Financial Services LLP are located at Metro Station, Heritage Plaza, JP Road, 501 right behind D. N. Nagar, Maharashtra, 400053, India. Their telephone number is +91 22 6190 8000. To make an appointment, you can also reach them through their email address mangalkeshav.com or ask any questions you may have at [email protected]